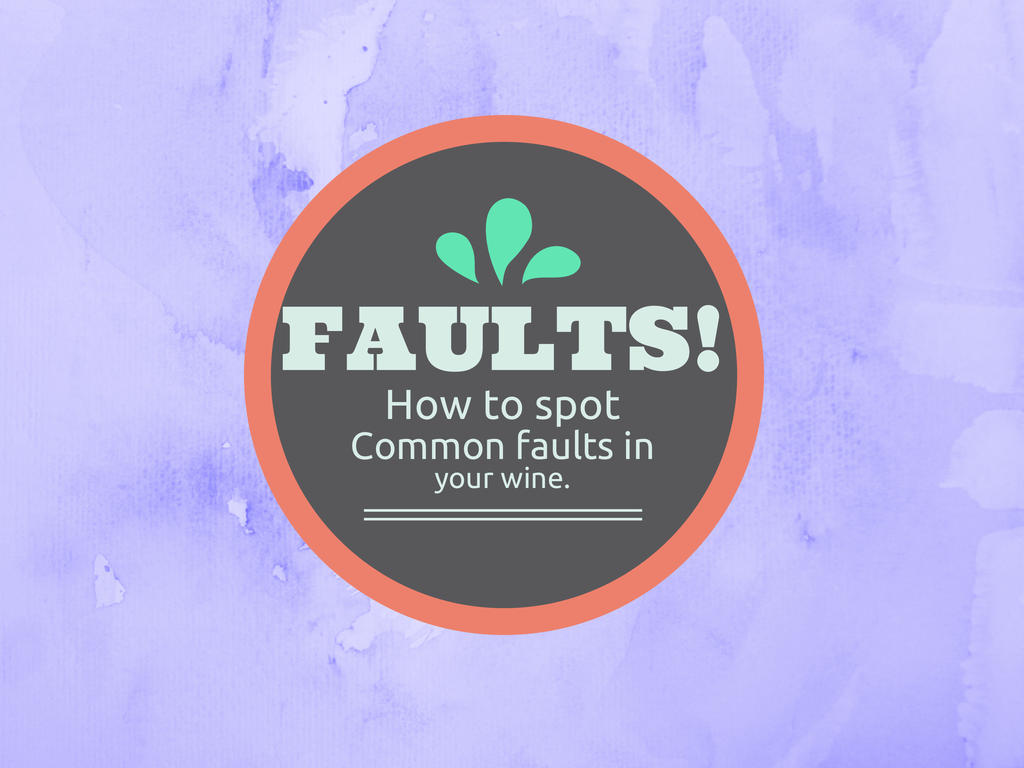 You don’t find too many articles on wine faults, then again why would you? The reason many of us write about wine is because of the good stuff that comes with it.Wine is considered a delight to the senses. However, what happens when it’s not exactly a delight?

Wine faults are a fascinating thing. A difficult thing, but fascinating. What makes this side of wine tasting so difficult is that when it comes to faults, there is a right and a wrong answer. Faults go against the best thing about wine; the freedom to describe a wine as you wish. Some of us get black current, while others eucalyptus, and the beauty is, no one is wrong (hooray for us!).  But when it comes to pin pointing a fault – you’ve either got it, or you don’t.

I once heard that winemakers often miss out on the enjoyment of wine tasting because they taste from a fault perspective. They aren’t looking for the good in the glass, they are on a mission, rather, to find the bad. They taste to find faults…we taste to enjoy. It’s a good thing the winemakers are tasting for faults because it’s tough work. Making matters even worse, is that sometimes faults are good (to a certain extent) WHAAA?? I know.

Yet, we can’t shy away from these problematic scents. We are bound to come across a faulted wine in our time, so we might as well face the facts and try to name that fault. Although the list is long, and the names even longer, here are a few common smells to look out for when wine gives you the feeling that something might be off.

This may not be the most scientifically correct list, but these smells are out there, and if you drink wine as often as I do (OK, that sounds bad), you’re going to encounter them. But, it’s a good thing! These are opportunities to smell something new, learn something new, and that is a valuable experience (As long as you have a back up bottle on hand).