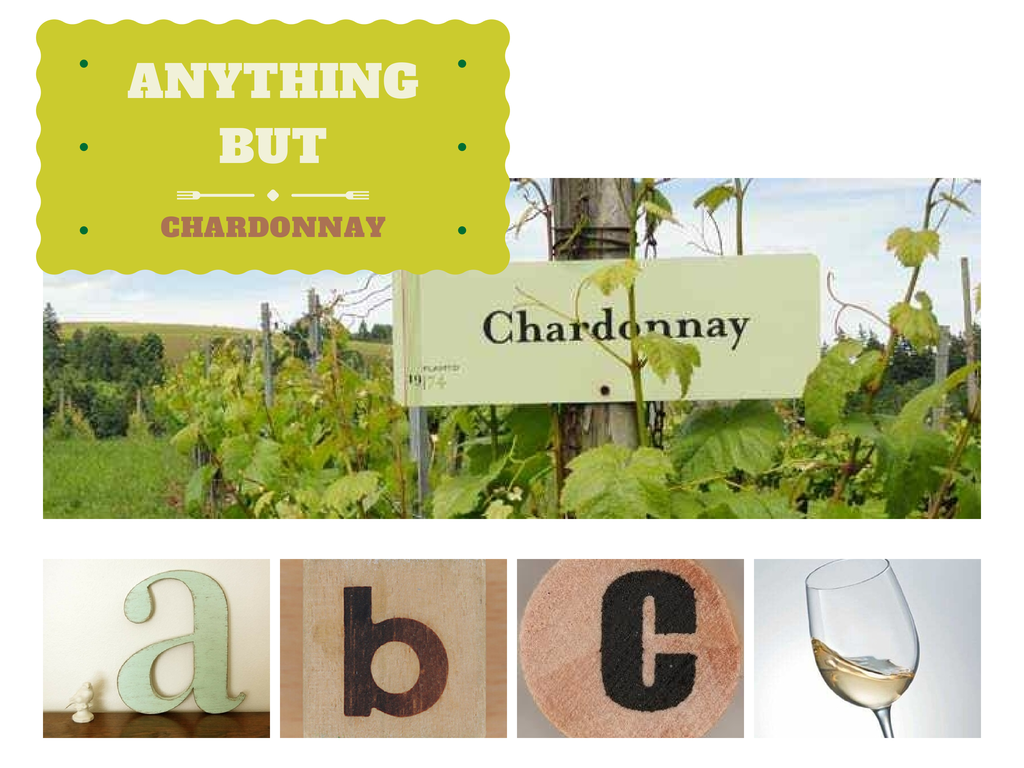 Our
ABC’s. They are among the first thing we learn as children, as we enter the
education system. Ironically (and sadly),  the ABC’s can be the first
words declared by those entering the wine ‘education system’ as well.
“I’ll drink Anything But Chardonnay”. This poor
little grape often starts out with some major distance to cover, yet I never
underestimate its’ power to do.

This
“ABC” motto (and OK, I’m guilty of this shameful proclamation in my
early days) is something that I think is starting to subside. Why? because
there are simply too many awesome chards out there, that one can’t argue
with evidence suggesting such a great increase in quality
(especially here in Niagara).  But why is it such a misunderstood and under appreciated varietal? I blame
its’ diversity.

This
wine can be oaked, or it can be unoaked. It can be creamy and buttery, it can
be big and bold or fairly light and sharp. It can have citrus notes and aromas
of green apple, or be tropical with hints of coconut. It can be fungal and
metallic, or smell of butterscotch, and popcorn. It’s a wine that can be toasty
and dry or cotton-candy sweet. The possibilities are exhausting, and this is
why it’s often referred to as the wine maker’s playdough.  When it comes
to Chardonnay, it’s a process of trial and error. You’re bound to come across
some that you hate, but don’t let that stop you on your quest to beat the
ABC’s. There is a bottle out there that is “just right,” and when you
find it, you have found a friend for life. We’re lucky that Niagara’s climate
is able to breed such diversity. Chardonnay is considered by many to be
Niagara’s best varietal. This is evident by the recognition it receives from
world renowned wine critics.

Niagara,
being the cool climate region that it is, often produces Chardonnay reminiscent
of its famous French counterpart: Burgundy. These wines hold great emphasis on
terroir and complexity. Yet, at the same time, with a hot summer and the right
amount and type of oak, Niagara is capable of producing a style similar to Napa Chardonnays, famous for their warm tropical
notes. Therefore, Niagara gets the best of both worlds. So, the next time you
try a Chardonnay, see where it falls on your wine spectrum. Experiment, ask
questions and don’t strop till you find a chardonnay that’s right for you,
because I guarantee it’s out there.