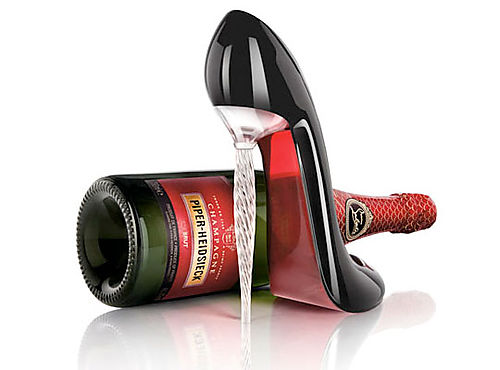 Piper-Heidsieck is nailing it. The Champagne House has now collaborated with the most famous shoe designer in the world, Christian Louboutin. His infamous red soled shoes are on every celebrity, male and female.

The result of this partnership is a limited edition champagne named “Le Rituel” . Le Rituel refers to the inspiration behind the project. The designer was inspired by an 19th Century tradition of drinking champagne from a woman’s shoe, particularly the shoe of a ballerina after a performance. This bottle of champagne comes with a glass shoe designed by Louboutin, and goes for $500. So now you can drink champagne out of a glass shoe, if you so wish to. At least its something innovative and the site offers a video which  puts a Cinderella spin on the marketing campaign.

I’d rather take the $500 and buy a pair of Louboutin’s although that would only buy me approximately one shoe. 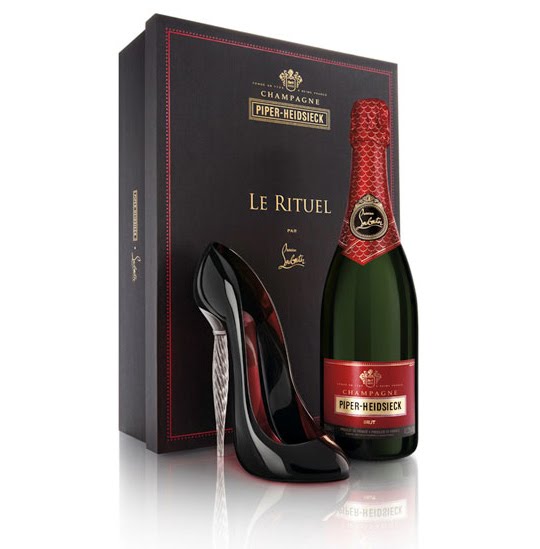